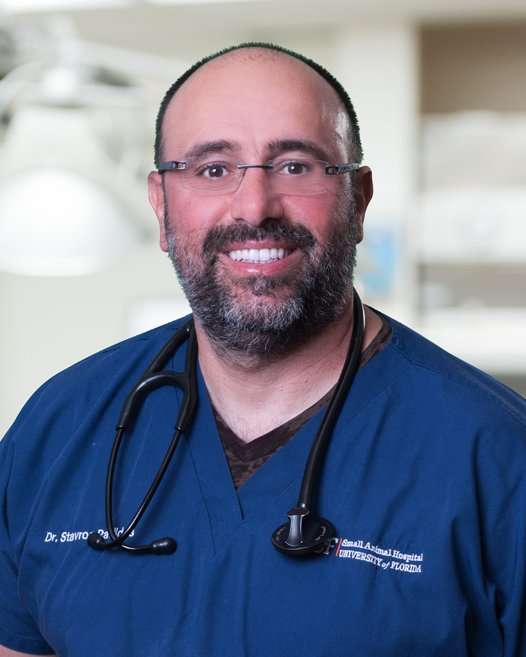 Dr. Pavlides is originally from Cyprus. He completed his bachelor’s degree in the United States and Australia. After a year of doing research in Boston he attended veterinary school at the Royal Veterinary College, University of London. After graduating in 2009, he completed two internships, the first at NIVES specialty hospital in Indiana and the second ay AVS – Maitland in Orlando. He later worked for 5 years as an emergency doctor, before going back to academia.

In 2019, he completed a three year residency in Small Animal Emergency and Critical Care at the University of Florida. Dr. Pavlides has a special interest in ventilation therapy and trauma. His time off he enjoys spending with his family and he loves fishing.