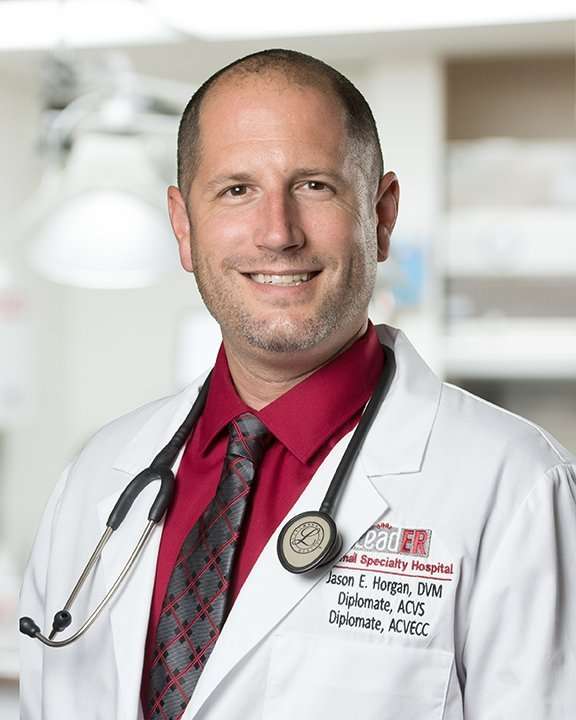 Dr. Horgan received his doctorate in veterinary medicine at the Ohio State University in June of 2004. He completed a small animal surgery and medicine internship at the Oradell Animal Hospital in June of 2005. Dr. Horgan went on to complete a small animal emergency/critical care residency here at LeadER Animal Specialty Hospital and received his board certification in Emergency/Critical Care Medicine in October of 2009. Because of his strong interest in surgery he decided to pursue a second residency in small animal surgery also at LeadER Animal Specialty Hospital. He received his board certification in Surgery in March, 2013.

Available for Appointments
Monday /Tuesday
Back